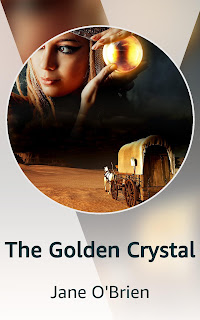 I don't know how many of you have ventured into the world of Kindle Vella, but remember the first three episodes of every series is FREE.  No membership is required, ever!.  You only have to purchase tokens at very reasonable prices to continue with a story.  The only glitch for now is that these can not be read on your Kindle device even though it has the word Kindle in its name. It must be read on a computer, ipad, or the Kindle app on your iPhone.  Things will change eventually, but this is it so far, because this is a very new program for Amazon.  I'm posting a small piece of Episode 1 of my story called The Golden Crystal which is a spin-off of The Unforgettables series.  Maybe this will tempt you to try the rest while you wait for my next book to be published.

If you want to read more go to: Amazon Kindle Vella.

The young woman breathed deeply, taking in the fresh air of the Carpathian Mountains.  She had come to her favorite place in order to clear her head.  Somehow she had gotten herself into a pickle, as her grandmother used to say.  How she missed her Puri Daj, the name the Romani people gave to their grandmothers.  She had learned so much from her.  She wished her grandmother was here now to give her some sage advice, but sadly, she had passed away last summer in the year of 1855, so now Gina was on her own.  The golden crystal ball had been meant for her to bring people together, but somehow she had done just the opposite.  She had created a real mess, because she now had one foot in each world, and she didn’t know which one she preferred.  The truth was she loved them both equally, so it would be so very difficult to make a decision.  How could she let one go for the other?

When she was just a child she had learned of her gifts, and at first she was pleased that she was the chosen one in the troupe, but now she wished she had never heard of her crystal ball.  It would have been better to be like all the others and be satisfied with her life with the Gypsies. 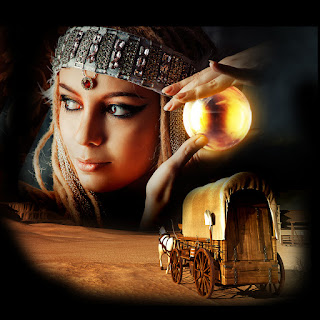 Kindle Vella has been released! And here is my story, The Golden Crystal. It's a spinoff of The Unforgettables where the character named Gina created magical moments with the necklace and bracelet. You can only read Vella on your iPhone or computer. No Androids as yet. And it's only for the US market. The first three episodes are free. After that you buy tokens to continue reading. In the end the tokens would equal the same price as the cost of a kindle book. So far I only have 11 episodes to offer. One episode will be downloaded a week, similar to a TV show. Check it out and leave me a thumbs up if you like it. You can also 'follow' the story and be informed when a new episode is published. It's something new and exciting to explore.
Here's the link to my story:
https://www.amazon.com/The.../dp/B094FCX4KX/ref=sr_1_1...
Scroll down to the episodes and click "see more episodes" if all the episodes aren't showing.
Let me know what you think.
Posted by Jane O' at 2:59 PM No comments: